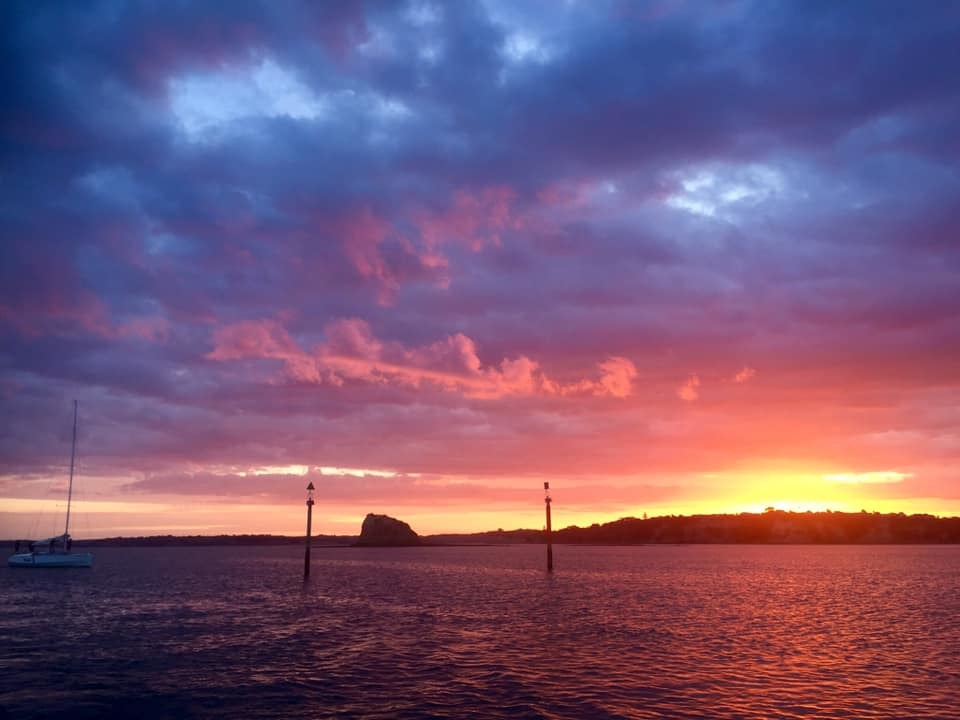 A downwind start towards the yellow mark had 3 of the 12 boats coming in on starboard with the remaining boats tracking along the line on port and several hoisting extras in the process. No doubt the crew on Olympus (Ian Clouston RO, Peter Cooke and John Bruce) had a good view of the raft that appeared to momentarily ensue. The light airs meant relatively calm manoeuvres to avoid collisions or contact and the fleet made their way in the direction of Rangitoto.

Share Delight had a clean start and popped out in front of the startline shinanighans to take a great lead that they held onto throughout the race until the last upwind leg where Tom Tom Taxi over took them. Memphis took advantage of the light airs with their enormous white kite & an array of extras for legs 1,3 & 4.

The regular Twilight crews welcome Tom Tom Taxi - who took line honours for the first appearance, Toyshop - Sailing the Race course rather than start or finish line, Odyssey V who have been a regular over the last few years for our longer courses & Quicksilver.

Picturesque sunset skies for derigging & returning to Gulf Habour Marina. Prizes back at the clubhouse were kindly contributed by ecoProducts by Will&Able & GH Marina