Home / News / Slow and steady as she goes

Home / News / Slow and steady as she goes

Slow and steady as she goes 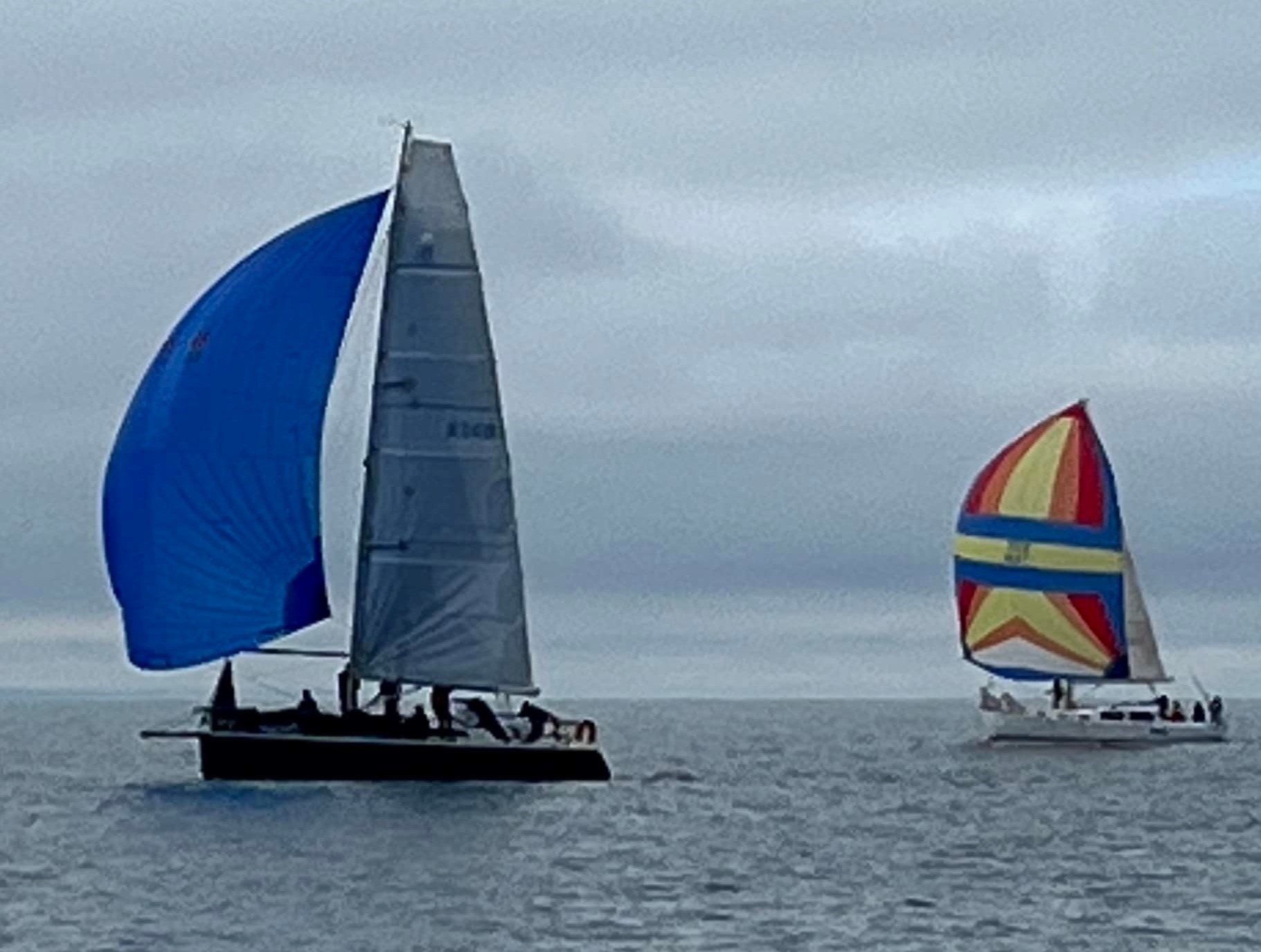 You could be readily forgiven if you didnt have a total handle on the forecast and actual conditions for today's Race #2 of the Neptune's Gear Ltd and Liquid Laundromat combined winter series with Weiti Boating Club. Let's agree on winds from the SW, S and SE with some E in the latter stages of the race.

A grand fleet of 26 boats entered and started today's race and the WBC Race Management Team laid a sweet course into the prevailing Southerly at the time of the start. There was plenty of thinking and doing on the course with boats working both sides of the laid Triangle / Sausage course to gain that extra advantage. A couple of the Elliott 1050's had a great battle upwind with Enigma1 rounding the first top mark, just ahead of Kick, however the horsepower of the bigger sails overtook Enigma1 and Kick forged ahead with Big Kahoona and HIjinx also eventually coming through. Kick forged on and she eventually took the double for White Division. Yellow Division had some similar upwind battles with C McGuire and Toyshop stretching their legs and eventually also coming out on podium positions.

A light, shifty and challenging day for all competitors, with participation on and off the water being a collective winner; flat water, with relatively clear air and keen sailors makes for a great day on the water. Weiti Boating Club hosted the Post-race Function in their tranquil Clubrooms with drinks, barbequed sausages and bacon and egg butty's on the menu.