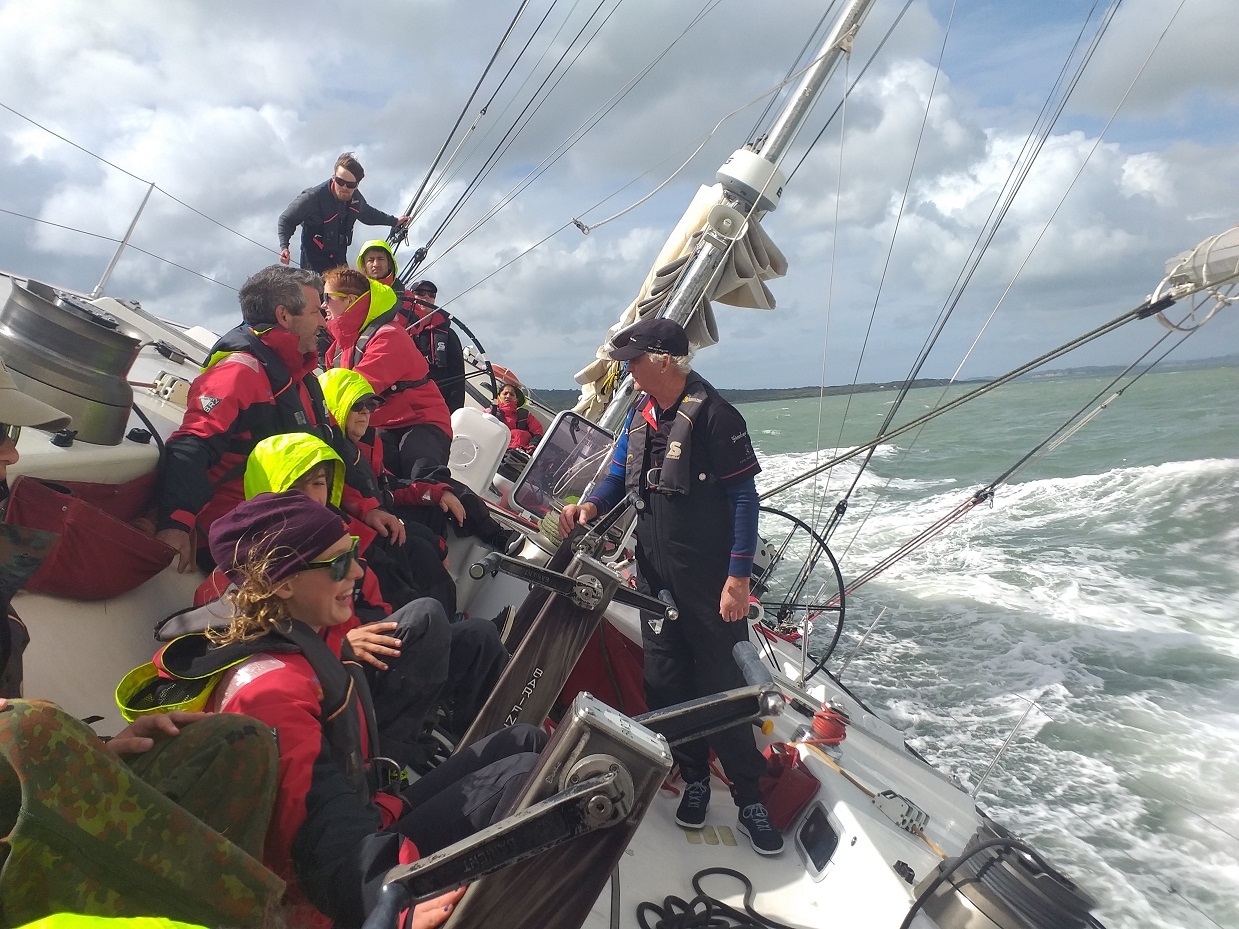 Another six students from Whangaparaoa College, all of whom had never sailed before, took to the Huaraki Gulf aboard the historic Steinlager 2 for a circumnavigation around Rangitoto and Motutapu in a very fresh NW'ly on Monday 30th September. It was all part of the Club's Youth Sailing Programme and they were accompanied by our co-ordinator Mike Pignéguy, who found out that sitting up on the windward rail really is the high side of a big beamed vessel when the lee rail is under water!

The short steep seas soon had Steinlager 2's bow doing some submarine work which sent green water cascading along the deck right back to the cockpit, much to the alarm of the students. It was about this time that four of them became inflicted with cases of 'mal de mer', and nothing much was heard from then until the skipper anchored for lunch, nicely in the lee of Home Bay, Motutapu.

Once through Motuihe Channel Steinlager 2 romped home hard on the wind withall hands hanging on!

It was a unique experience for those students who were very appreciative towards Gulf Harbour Yacht Club making it possible for them.

These students will be joining the Sailing Club at the Whangaparaoa College which has been formed as a focal point for those who are participating in the GHYC Youth Sailing Programme.