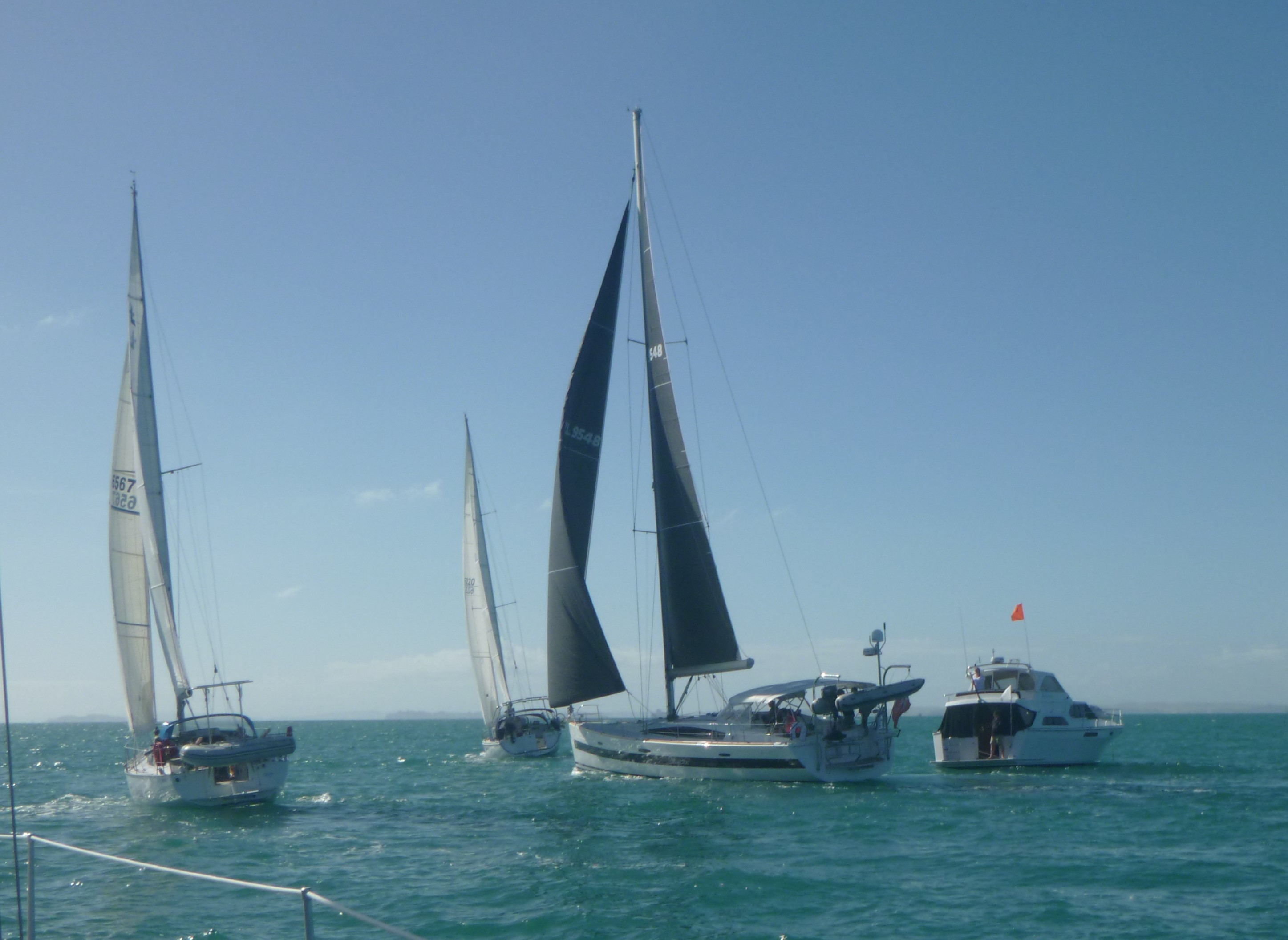 9 boats took to the start line set by Colin and Kirsty Mitten, thanks guys for that. The start was delayed by 5 minutes due to Weiti starting their race at 10.00 also using channel 77 and causing a little confusion, good call Colin and Kirsty

After a good start with a nice breeze crews were enjoying the conditions for about an hour or so before the wind deserted the fleet leaving everyone becalmed.

After drifting around for several hours, a light breeze eventually came in but not enough to allow anyone to finish before the 5 hour time limit ran out, Planet X within a mile of the finish.

5 competing crews stayed on at West Bay Rakino, the others returned to Gulf Harbour

Those who remained enjoyed a great evening and a meal onboard Alcaro. Thanks again Colin and Kirsty

Next points race in the series is Sunday 21st March, Kawau to Gulf Harbour the day after the SYC Kawau Bay race on Saturday the 20th March