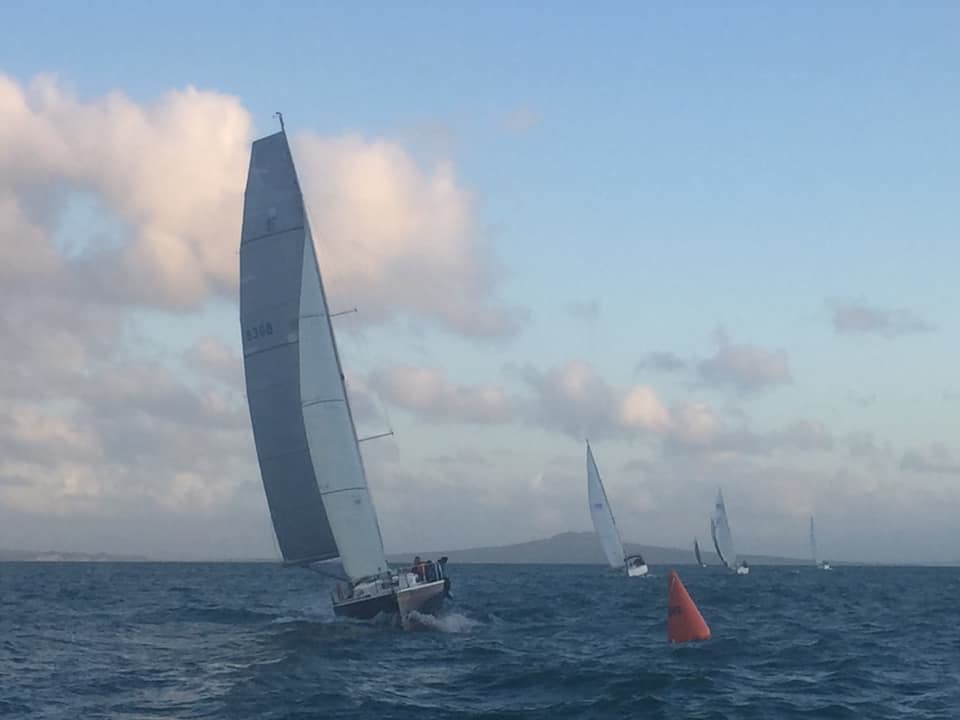 A windy spring has resulted in a delayed start to the Gulf Habour Marina Twilight Series with Race 1 cancelled a fortnight ago. Race 2 commenced this evening in lively conditions. A SSW breeze of 14- 21knts and the odd squall to negotiate kept the 10 of 14 entries on their toes. Race Officer Richard Brown hoisted Y-Flag & selected Course 2 (ABABCA - port roundings)

The start-line was contested fairly and with pace for the first race of the season, with Azure dipping back below the line after a brief OCS. Young Guns was clear ahead after a hundred metres & into clear air, leading the race for the remainder of the evening.

Deckhands on First Priority, Memphis and Share Delight had their work cut out from Mark B onwards with the shorter legs, relative to the winter series & hoisted extras resulting in some good speeds.

Welcoming Young Guns & Southern Fun into our Twilight Series - super to have you out in amongst the action.

To finish the evening off, the front half of the fleet were welcomed back into Gulf Habour Marina by a pod of dolphins.

A cracking start to the seasons Twilight Series in a windy Spring, good atmosphere back in the club rooms with burger and fish and chips available before evening Prizegiving.